Approximately 90 days after posting, notices will be moved to the TAPS (Archives) pages. 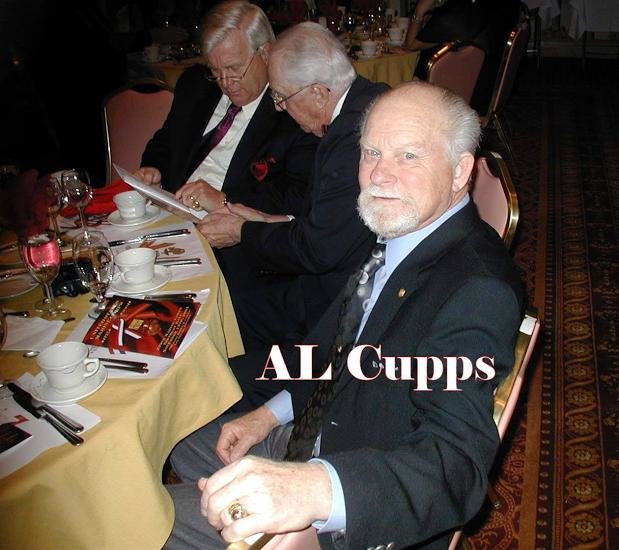 Albert John Cupps Jr. age 76 passed 13 May 2017 at home as per his final request to his children. Al was known by his friends and family as being an extremely generous man, quiet and a man of honor. Nicknamed Butch by his family back home, he is survived by children, David, Richard and Steven Cupps and Beth Yocom. Al left for Vietnam in December of 1967. He was with Mike Company 3/26 on Hill 881S at Khe Sanh through The Siege. The discipline and patriotism he learned in the Marines never left him as his friends and family will attest. 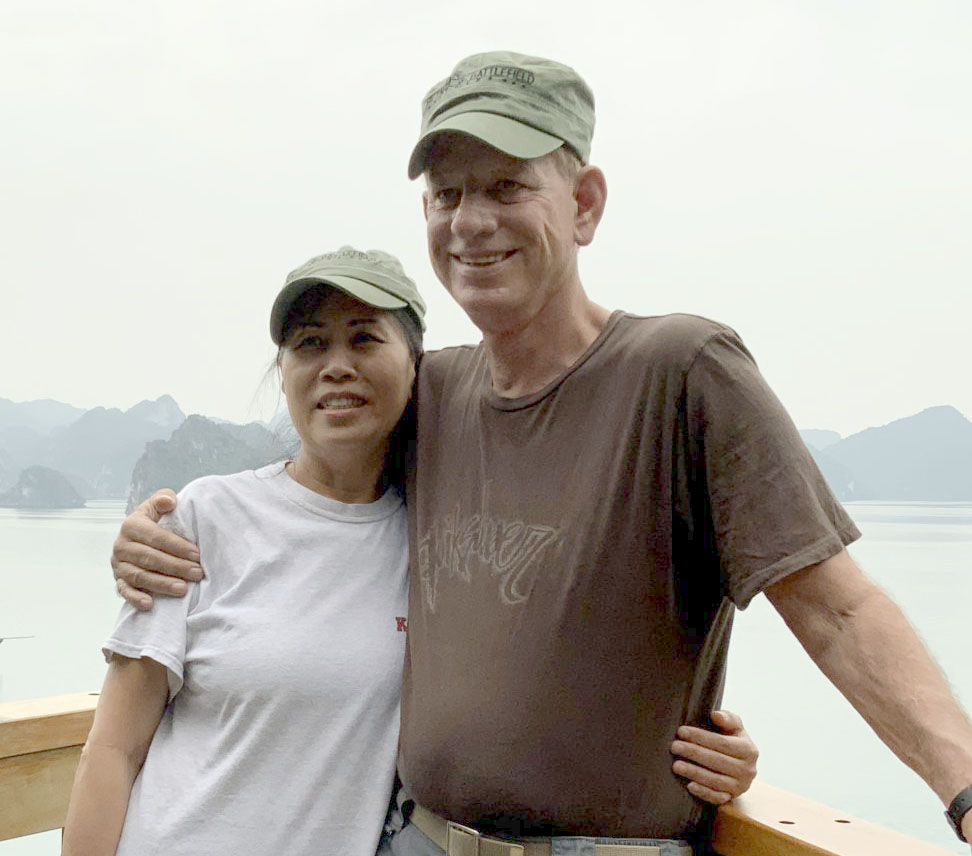 On January 26, 2021, six days after his 72d birthday, Glenn Earl Prentice died at his home in Oceanside, CA, attended by his wife Yu.  Sergeant Prentice served in Vietnam as a radio operator for Charlie Battery, 1st Battalion, 13th Marines, usually attached to India Company, Third Battalion, 26th Marines.  Glenn was an exceptional Marine who served numerous forward observers, and in the Fire Direction Center on Hill 881S during the Battle for Khe Sanh in early 1968.  The roster on the Warriors of Hill 881S website, www.hmm-364.org/Warriors, contains several articles on Glenn’s service, including a brief oral history.  After leaving the Marine Corps, Glenn became an expert in water supply and utilization and served as a water director for municipalities in Southern California.  He made numerous trips back to Vietnam where he used his expertise to help create utility infrastructure there.  Glenn also got heavily involved in volunteer work seeking and recovering Marines lost during World War II battles in the Pacific islands.  Glenn was life-long friend of Bob Arrotta with whom he served on Hill 881S.  Bob was a radio operator who took over as a Forward Air Controller on Hill 881S.  In the 1990s, Bob and Glenn were asked to make presentations to Marine officers training to become FACs in Yuma and Miramar Air Stations.  In 2019, Glenn and his wife travelled back to Vietnam and Hill 881S with friends on a Last Hurrah visit. 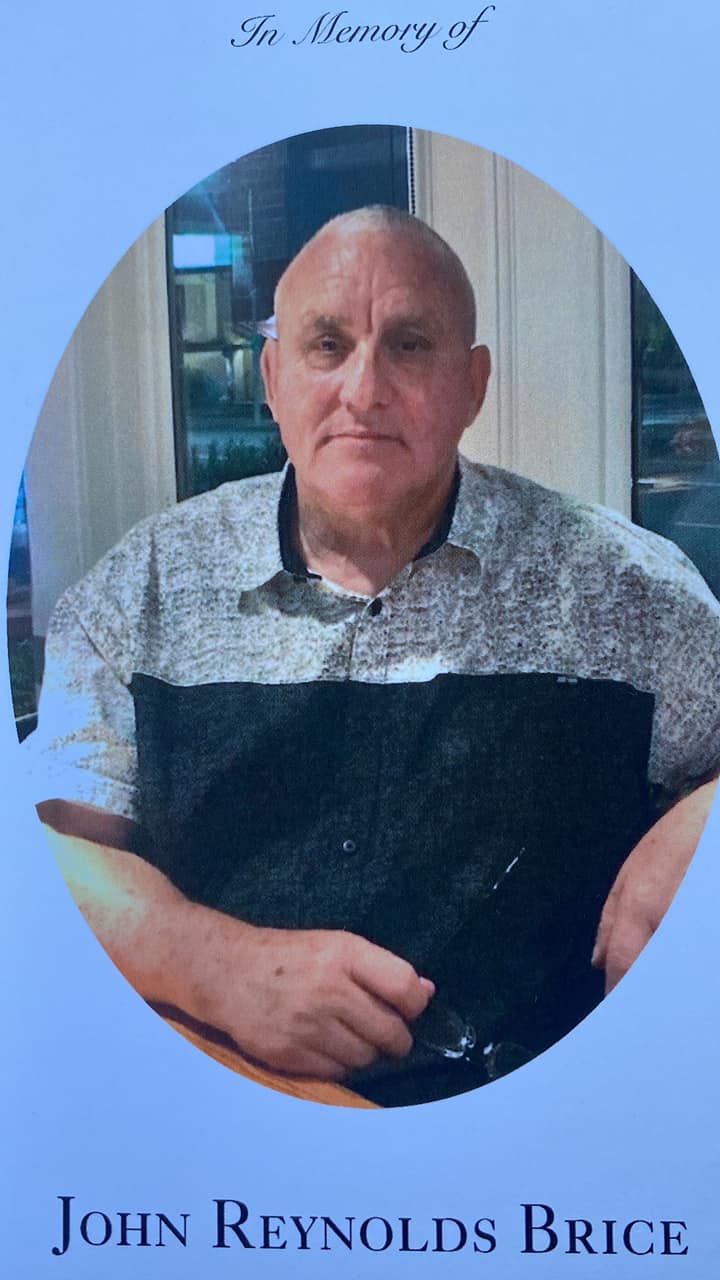 John was born on July 26, 1949, in Orange, California to Basil and Juanita Brice. In 1967, at only 17 years old, John joined the United States Marine Corps and was stationed at Camp Pendleton in Oceanside, California. John would go on to serve two tours of duty in the Vietnam War. Upon his return, he served as a Drill Sergeant at Camp Pendleton until he left the military in 1972, achieving the rank of Staff Sergeant. John worked for the Federal Bureau of Prisons as a corrections officer while working towards his Associates Degree in Engineering from Los Angeles Harbor College. Afterwards, he worked for various companies in the oil refinery industry before settling in at Unocal (now Phillips 66) until he retired in 2004.

John met Toni Godinet in 1969 while home between his tours in Vietnam. He married her on February 9, 1970 after returning home. They settled in Wilmington, California, where they had three children. John loved his family deeply. John liked to spend his time attending his grandkids’ sporting events, plays, and graduations. He also had a passion for bass fishing, hunting, and watching football, especially USC football. John loved attending church in person or online at Lifted Fellowship where he was an usher and on the hospitality ministry. As a proud husband, father, grandfather, great-grandfather, brother, Christian, and Marine, John will be profoundly missed by his family and friends. 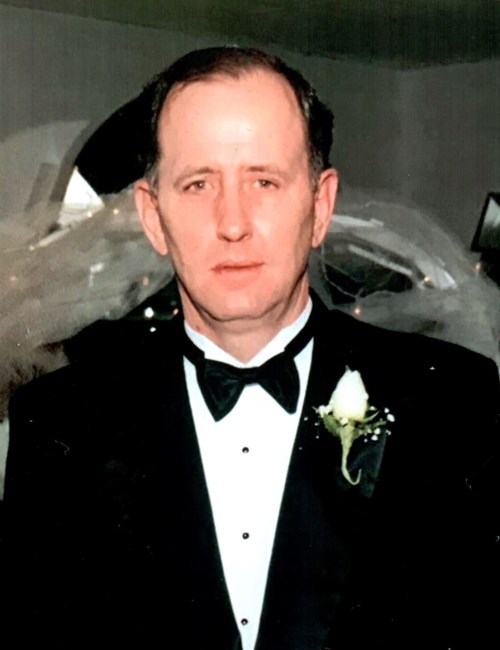 Healey, Dennis Wade, 71, of Coral Springs, passed away October 27, 2019. Dennis was born in Newark, New Jersey on July 22, 1948 to the late James Daniel and Elizabeth Grace (Wade) Healey. Dennis graduated from Fort Lauderdale High School in 1966 and furthered his education after his military service graduating from the University of Florida as a Certified Public Accountant. He served his country honorably during the Vietnam War in the U.S. Marine Corps. Dennis was a proud patriot and countryman. He was a gentleman to all who knew, loved and admired him. He enjoyed hunting geese in New Jersey. Those left to cherish his memory are his loving wife, Maria, daughter and son-in-law, Erica Healey Martin and Dale Martin, sons, Dennis Wade Healey II, David James Healey, stepson, Kevin Eduardo Diaz, grandchildren, Santiago Wade Riello-Healey, Sarah Catherine Healey, Penelope Diaz, sister, Suzanne Healey, brothers, Robert Healey, David Elder, several aunts, uncles, cousins & friends. The family will receive friends on Saturday, November 16, 2019, 2:00 – 3:00pm at Kraeer Funeral Home & Cremation Center, 1655 University Drive, Coral Springs where a Celebration of Life service will begin at 3:00pm. In lieu of flowers, the family suggests donations be made in Dennis’s memory to the Wounded Warrior Project. 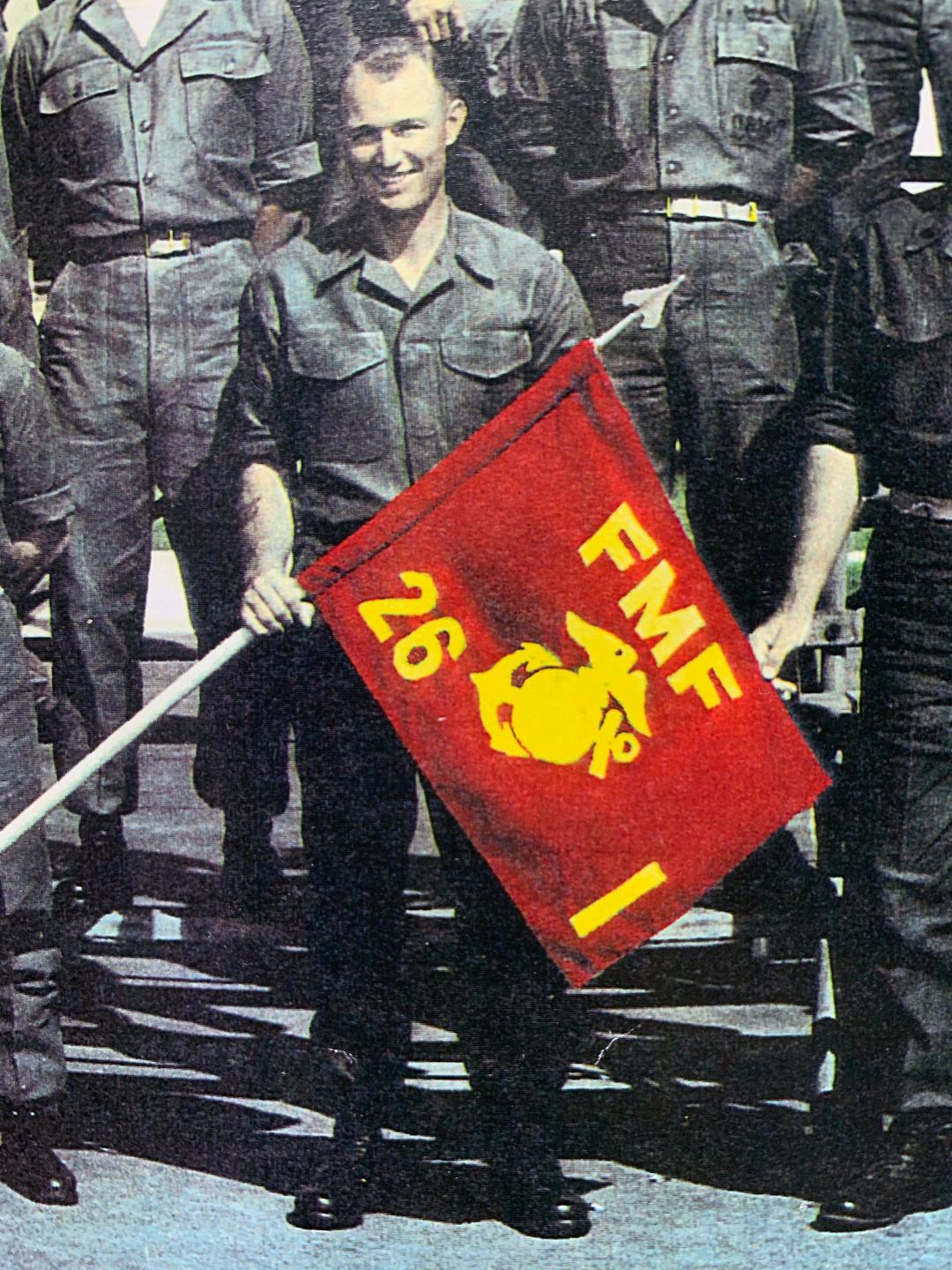 George N. Robinson, 74, passed away Wednesday, November 5, 2008. He was born June 29, 1934 in Hayword, Calif. George was a veteran of Korea and Vietnam, and a Bronze Star recipient for action in Vietnam as a platoon commander on the front lines during 1965 and 1966. He served his country in the military from 1950 to 1972. A love for fishing and gardening were his hobbies. After retiring, he and Willa loved to travel as well, with many cruises and adventures. George was a very proud Marine and expected everyone to work to their fullest potential with dignity and respect. He could also shoot the bull with the best of them. He is survived by his loving wife of 28 years, Willa; sons and daughters-in-law, Mike and Barbara Shanley of Murrieta, Calif., Gary and Pamela Robinson of Valley Center, Calif., Lance and Susan Carlton of Vista; daughter, Laurie Segler of Surprise, Ariz.; and son, Tazio Clausen of San Diego; grandchildren, Nicholas, Myra, Sharayah, John and Gareth; brother, Lauren Robinson of Modesto; along with other cousins, nephews and nieces who love and will miss him dearly. To honor his request, there will be no service, but the family wishes that you honor his memory and give to your local military organization to also honor all those who have served. 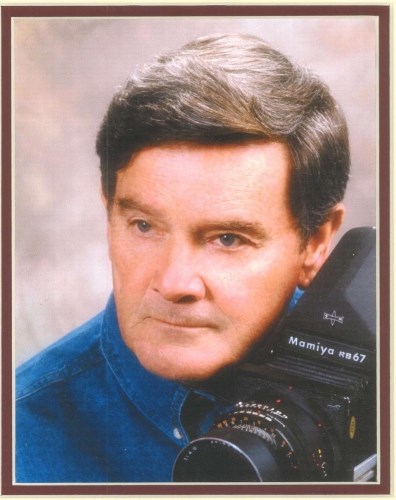 Donald J. Houser passed away surrounded by loved ones on September 23 after battling various illnesses consistent with Agent Orange Exposure in Vietnam.
Born in Angels Camp, CA, Don was raised in Livermore and graduated as an LHS Cowboy in 1955. Serving with the USMC in Vietnam, he distinguished himself as a calm leader and received a battlefield commission to platoon commander, a billet normally held by a commissioned officer. His citations include the Navy and Marine Corps Medal, Bronze Star with “V,” Navy Commendation Medal with “V,” and two purple hearts. After 24 years of service, he retired with the rank of First Sergeant.
Don established Don’s Photography of Poway in 1979. He was fortunate to reside for 55 years on Holland Road, surrounded by dear friends and neighbors. In his golden years, he was an avid traveler who enjoyed his grandchildren’s racquetball and gardening.
He is survived by his loving wife, Marilyn, of 61 years; his children: Kathleen, Donna, and Darren; seven grandchildren; and his sister, Jacqueline LaLonde. 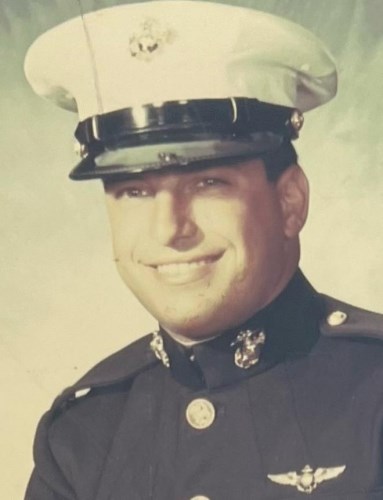 Ron Zappardino passed away on September 20, 2022, in Escondido surrounded by his family and friends after a lengthy illness. He is survived by his children Ronald, Jr., Nicholas, Christopher and Heidi.
Ron was a man who lived life fully. He grew up just outside Philadelphia, the only son of William (Rudy) and Dorothy, who predeceased him. Following his graduation from C.W. Post on Long Island, he joined the Marines and was commissioned as a 2nd Lt. in 1965. He reported for flight training in Pensacola, receiving his wings of gold as a designated Naval Aviator in 1966. Ron served, with distinction, in Vietnam as a helicopter pilot and forward air controller. Wanting to be in the middle of the action, Ron talked his way into a Huey gunship squadron after finding out he was slated to join a transport squadron. Following his service in Vietnam as a Marine, he served as an Air America pilot in Southeast Asia. As a veteran, he was involved in many organizations honoring his brothers in arms and maintained friendships with many of them through his final days. During his career as a restaurateur, he sponsored annual celebrations of the Marine Corps Birthday, inviting any and all Marines to attend. He exemplified the Marine motto, Semper Fidelis.
When Ron returned from his service, he made his way to San Diego. With no formal experience, he opened a restaurant in downtown San Diego, Frenchy Marseilles. This endeavor reflected his love of fine food and wine. He was a proponent of reestablishing the downtown area as a destination for dining and entertainment, and Frenchy’s cemented Ron’s presence in San Diego. From this spot at 8th & C Streets, he founded The Philadelphia Club for San Diegans. Frenchy’s is remembered as a groundbreaking hotspot for movers and shakers in the 1980’s and ’90’s, being one of the first to feature sidewalk dining during this period.
La Jolla beckoned, Frenchy’s was sold, and Ron acquired the Top Of The Cove restaurant. He brought this grand dame back to life as a must visit for out-of-town visitors and as a special occasion restaurant for San Diego locals. He realized his vision for a restaurant featuring fine wines and spectacular food in a relaxed, sophisticated atmosphere with a world-class wine cellar. It was his crowning professional achievement.
During his time as a restaurateur, Ron participated in local politics as a member of the Lincoln Club. He was also a very active member of the California Restaurant Association. Using his experience as a restaurateur, Ron volunteered to manage the food and beverage services for the San Diego Summer Pops. He also was a graduate of the LEAD San Diego leadership development program and encouraged others to participate.
Ron was a dedicated fan of the San Diego Padres and Chargers as a season ticket holder over most of his life in San Diego. He organized Padres’ opening day bus excursions that originated at his Frenchy Marseilles restaurant. He was also a member of the San Diego chapter of UNICO, a nationwide Italian American social organization, enjoying the culinary talents of his fellow members featured at their periodic meetings.
His love for his family and friends knew no bounds. If a friend required assistance, Ron would get personally involved, often providing a connection with others who could assist. He loved to travel the world with friends and embraced every experience with his contagious enthusiasm and self-confidence. He lived his life large, loved challenges and commanded attention with his wit and enthusiasm. He enjoyed athletic pursuits; was fiercely competitive as a handball player and as a sponsor of softball teams. He loved fast cars and motorcycles and was often seen riding his motorcycle wearing his leather flight jacket and white silk scarf. Frequently, there would be a young lady riding behind him, hanging on for dear life.
Ron will be laid to rest in Arlington National Cemetery in Virginia. There will be a celebration of life in San Diego on a date yet to be determined.

After approximately 90 days after posting, notices will be moved to the TAPS (Archives) pages.

The TAPS archives are arranged alphabetically by last name.  Readers are welcome to send information on 3/26 members for posting.  waltwhitesides@verizon.net